12th Meeting of the National Network for Open Administration

12th Meeting of the National Network for Open Administration

The XII Meeting marked the conclusion of the Self-Assessment Report to the I National Action Plan for Open Government (NAP). This theme included the presentation and discussion of the results of the Public Consultation (held between October 15 and November 6), learnings and actions to be applied in the future, and information and next steps for the preparation of the IRM - Independent Reporting Mechanism.

In addition, the main theme of the meeting was the approval of the approach to be used in the co-creation process of the II PANAA, which included the analysis of the approach and the validation of the process and the chronology of the Co-creation and Development phases of the II Action Plan and respective sub-phases (phases: Discovery, Creation, Design and Delivery): 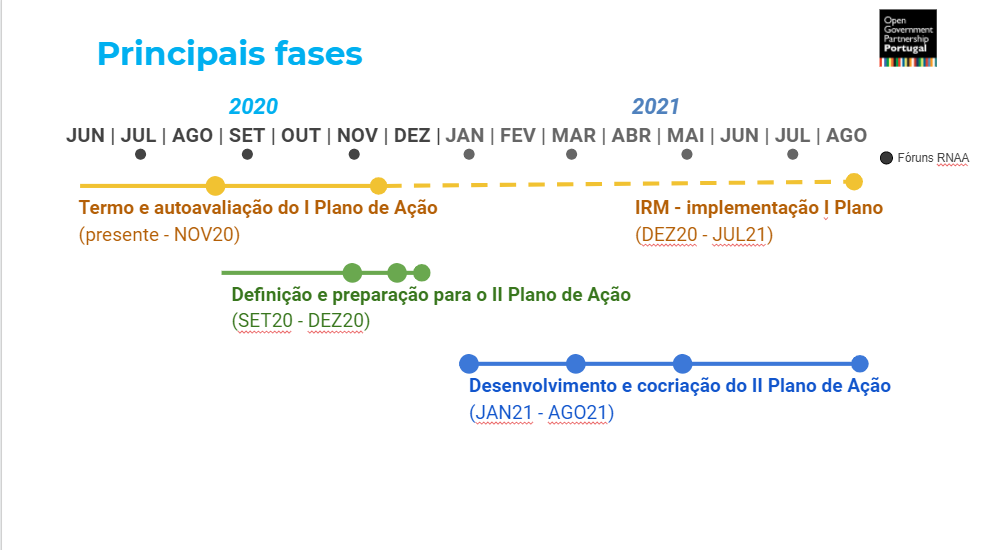 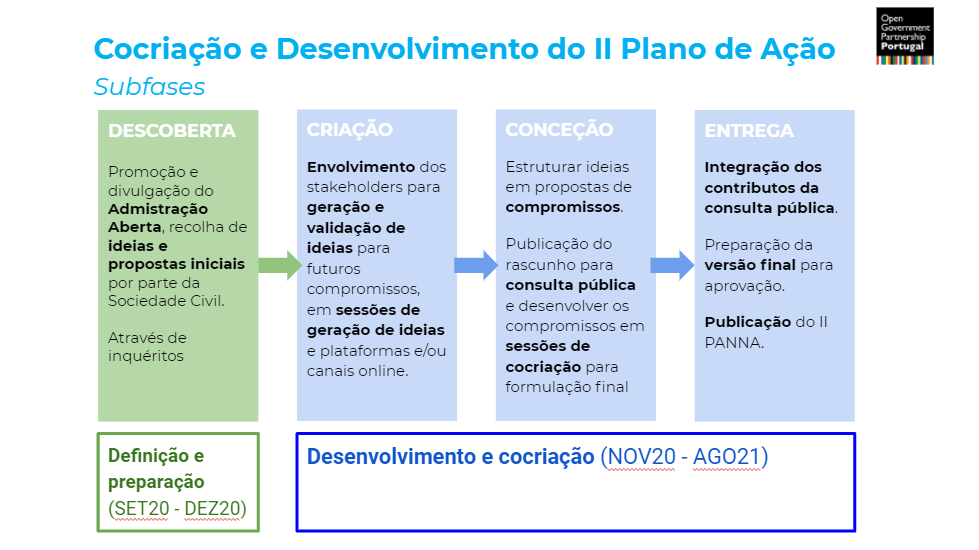 It was a participated session, which resulted in the approval of the approach, the process and the chronology, and the call for the mobilization of Network members and partners to involve and monitor the activities proposed for the development and co-creation of the II PANNA.

It was agreed that the XIII Network Meeting will take place on January 22, 2021 and as usual, the agenda will still be defined and agreed upon by members of the Network, but it may be dedicated to the progress made in the IRM report and to the activities of co-creation.