10th Meeting of the National Network for Open Administration

Following on from its usual functioning, organization and collaboration, the National Open Administration Network held its 10th Meeting, on July 3, 2020.

In terms of agenda, the X Reunion started with the usual state update on the ongoing commitments of the I National Action Plan for Open Administration (NAP), where were discussed the actions to conclude them. It is noteworthy that there was a 10% evolution of the global progress of the commitments, since the IX Meeting, going from 57% to 67%. 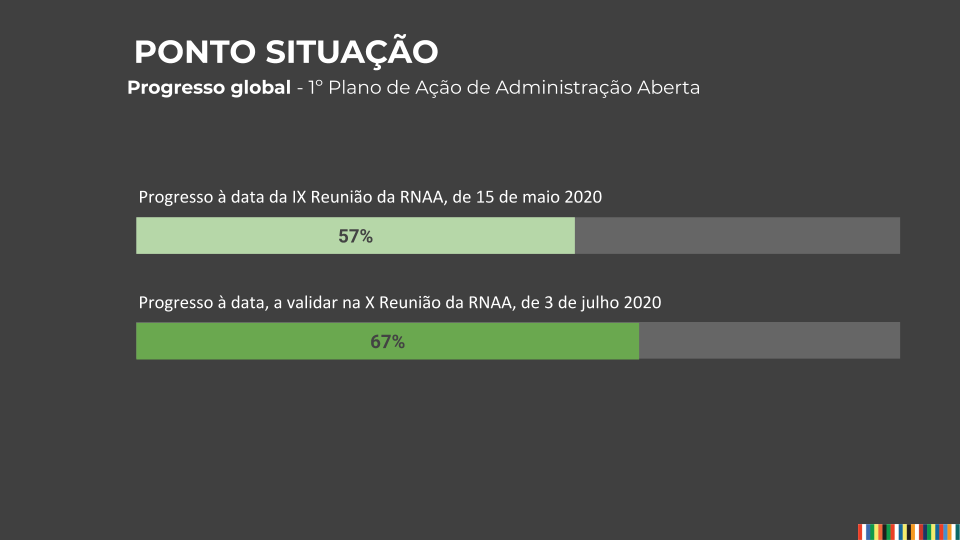 The following item was the presentation of the self-assessment process for the 1st NAP, which runs until November. The attendees met the steps of a process that is supported by the guidelines and recommendations present in the OGP Handbook, in the Participation and Co-creation Standards and the OGP Participation and Co-creation Toolkit. Finally, a discussion about the proposed timeline for the main phases of the co-creation and development of the II NAP took place.

To conclude, the Network agreed on the next steps and on the date for the 11th Meeting, which will take place on September 11, which will be the first meeting after concluding the 1st NAP.